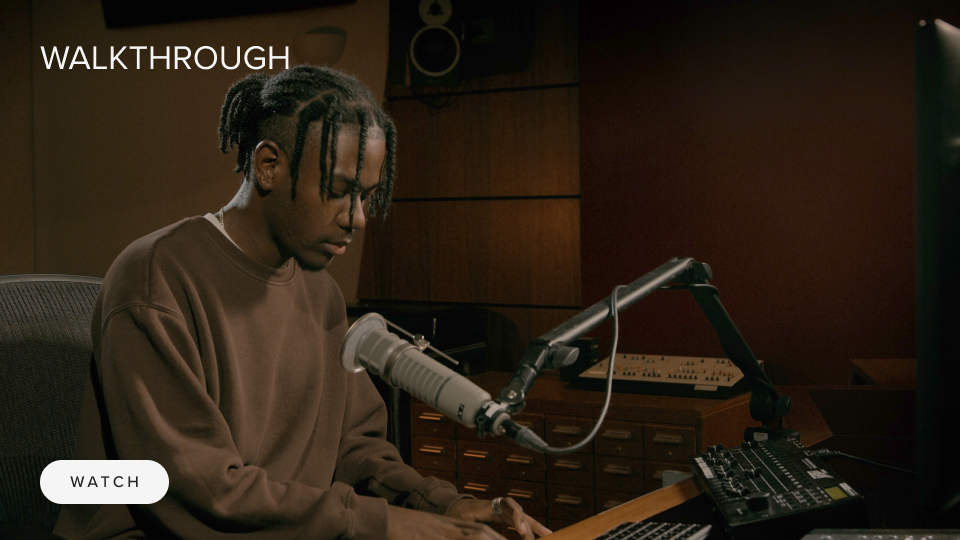 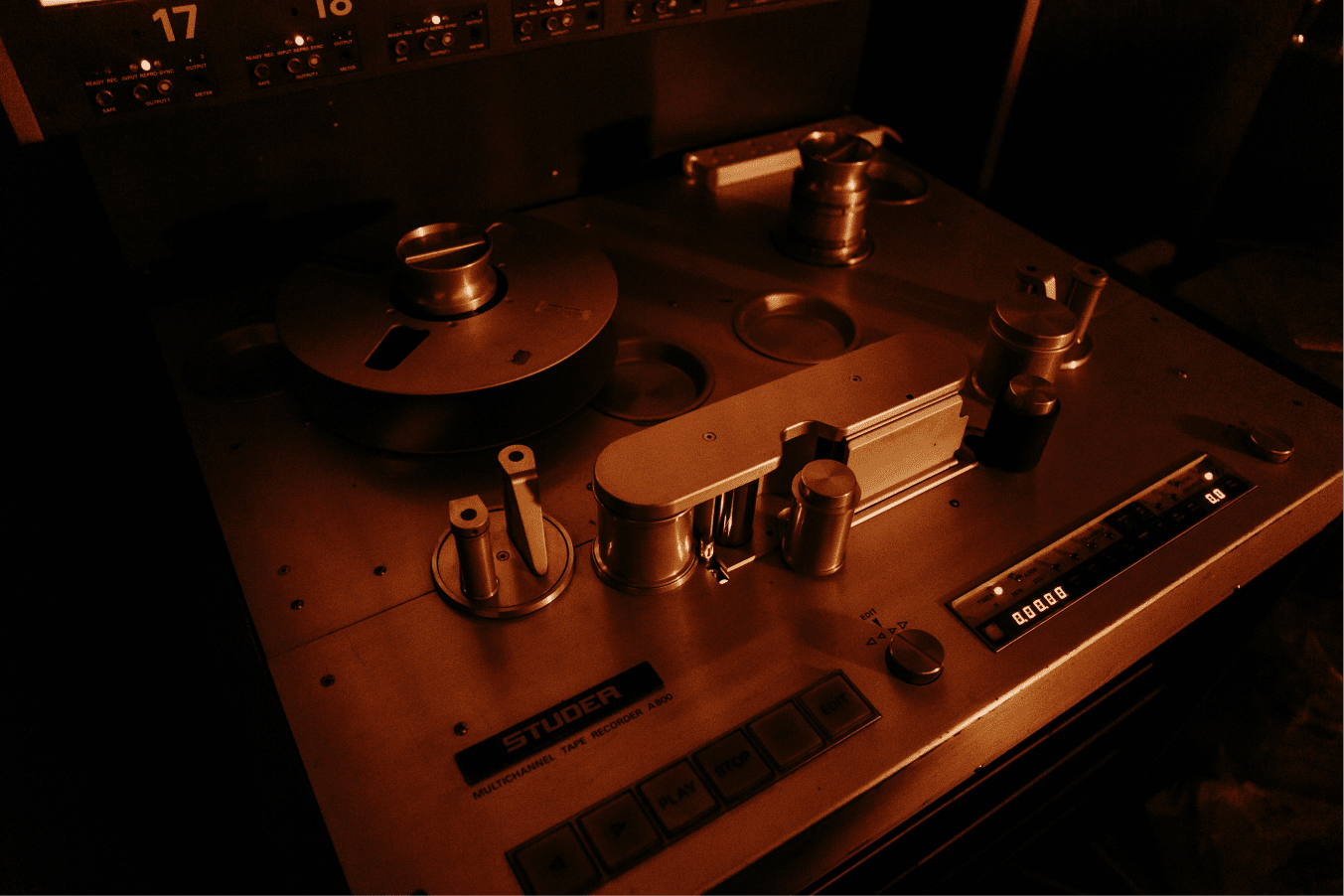 “The music we love today - techno, drill, trap - none of this would exist without dub. With these sounds and this album, I wanted to celebrate that history and approach to sound”.

NCE’s mission is to celebrate the diversity of global black percussive music styles and the cultures they emerge from. At the heart of this collection are 5 one-shot drum kits pulled from the explosive epicentre of London’s multi-faceted jazz scene. These include high-tuned, low-tuned, open-tone, electronic, and extended-hit kits—all deeply sampled with 3 dynamic layers and 3 round robins.

Seven thousand kilometres away, we play through 6 one-shot patches of rarely-sampled African percussion, shakers, and bells—including the Kpanlogo, Ravann, Shekere, and Agogo.

Eight tempo-synced drum loops fuse contemporary jazz with African percussion, Caribbean rhythms, and dub-inspired warps. Each loop stems out on the keyboard, so you can play the full loop on a single key, or deconstruct it key-by-key for dramatic effect. The drama continues across 69 atmospheric scenes—cinematic loops that reach beyond rhythm, capturing the essential character of each instrument’s sound.

Finally, we cut to 13 tonal warps, transforming percussive hits into tuned synths and pads—some dark, some bright, and some searing with chaos. Behind these sounds sits a range of premium FX and a bespoke warp signal processed live at Ariwa Studios by dub titans Mad Professor and Joe Ariwa. 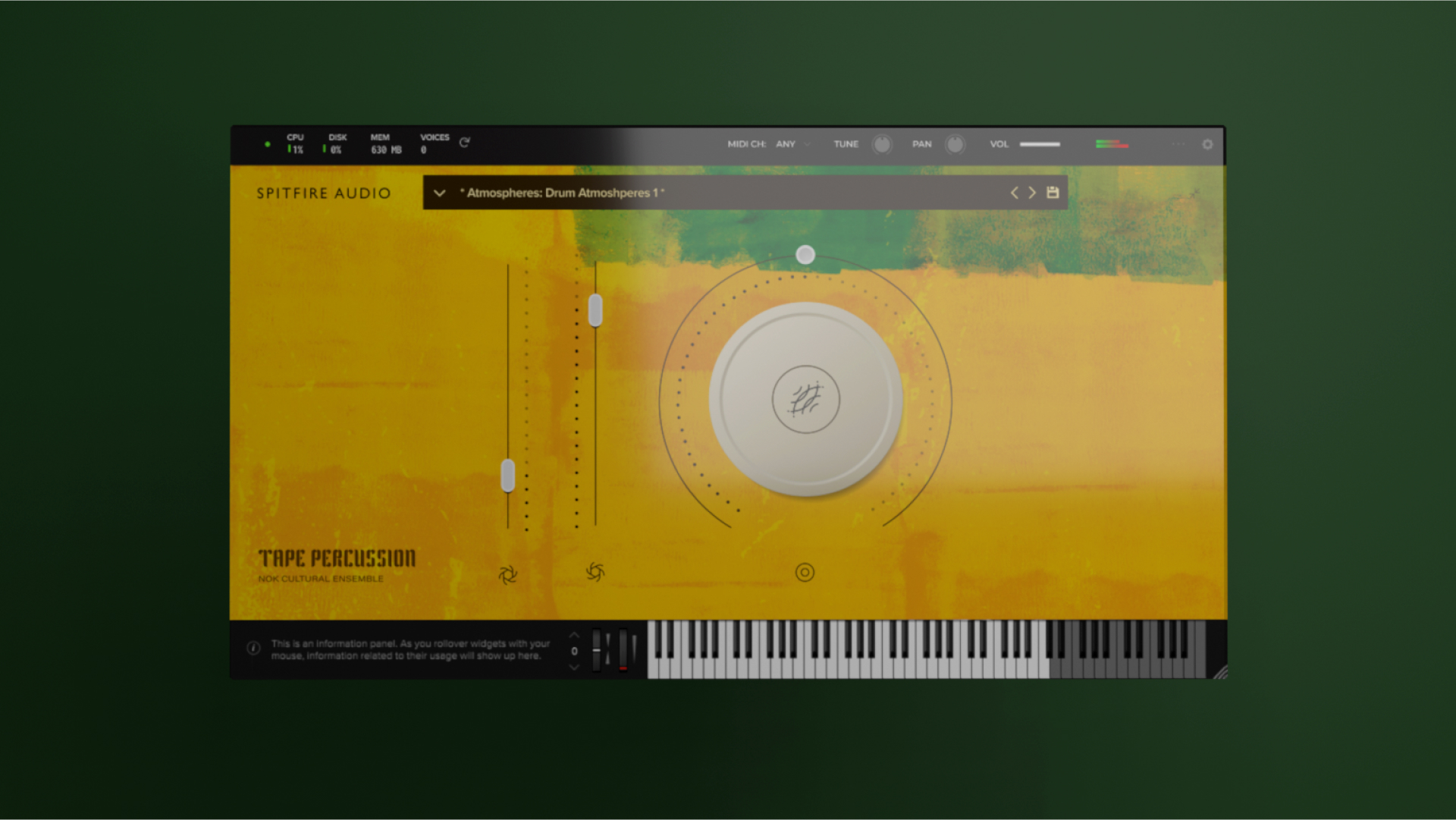 A renowned hub of dub and reggae music, Wakili-Hick worked in both rooms at Ariwa Studios to fuse together analogue and digital elements. He recorded live and straight to tape in Room One - the Mad Professor's room, with its analogue kit. Those tape takes were then transferred to the digital plane in Room Two, run by Joe Ariwa (the Mad Professor’s son). In creating these samples and working on the album, NCE drew on the legacy of the ingenious dub rhythmic scientists that changed the face of music – including figures such as the late Lee Scratch Perry. 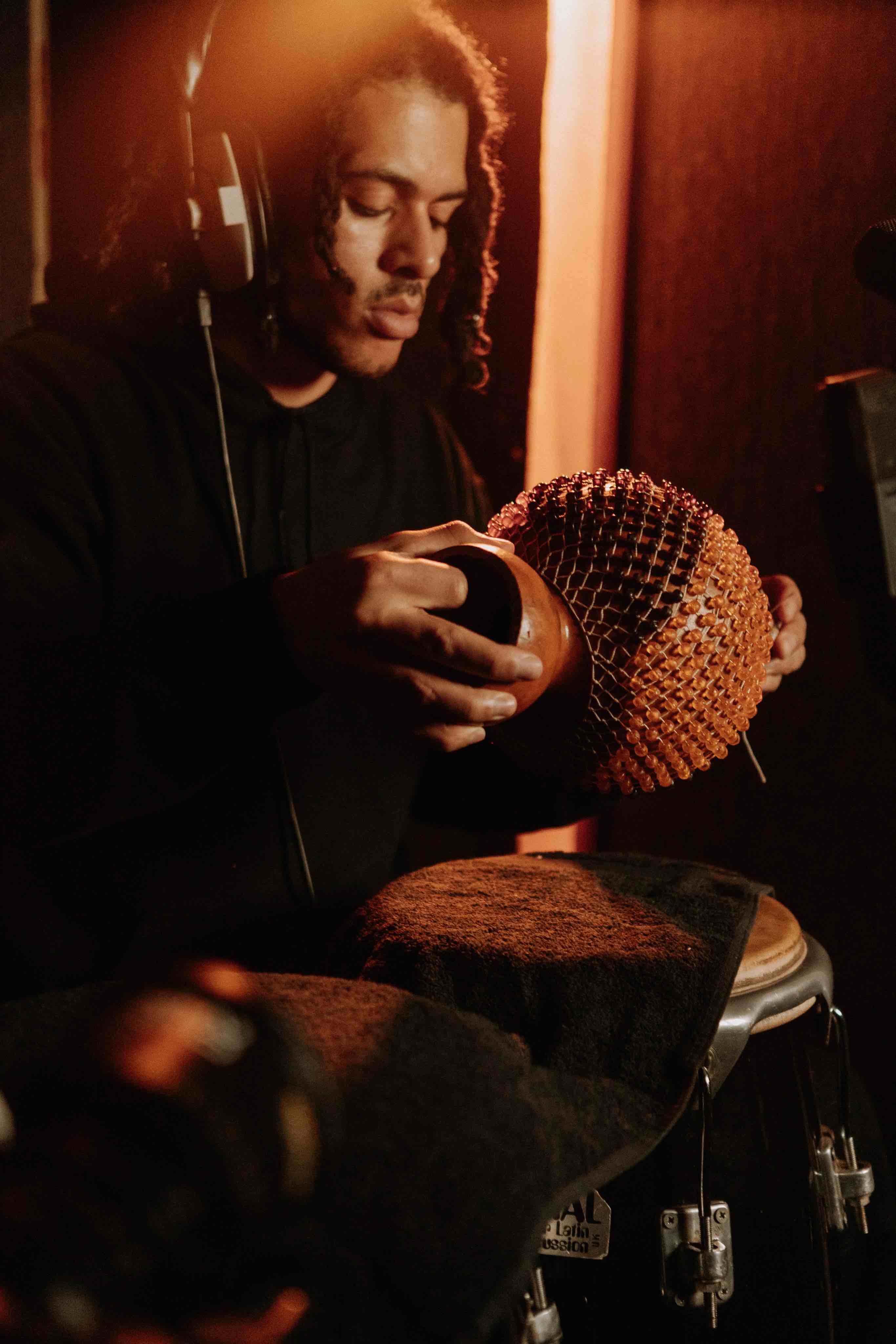 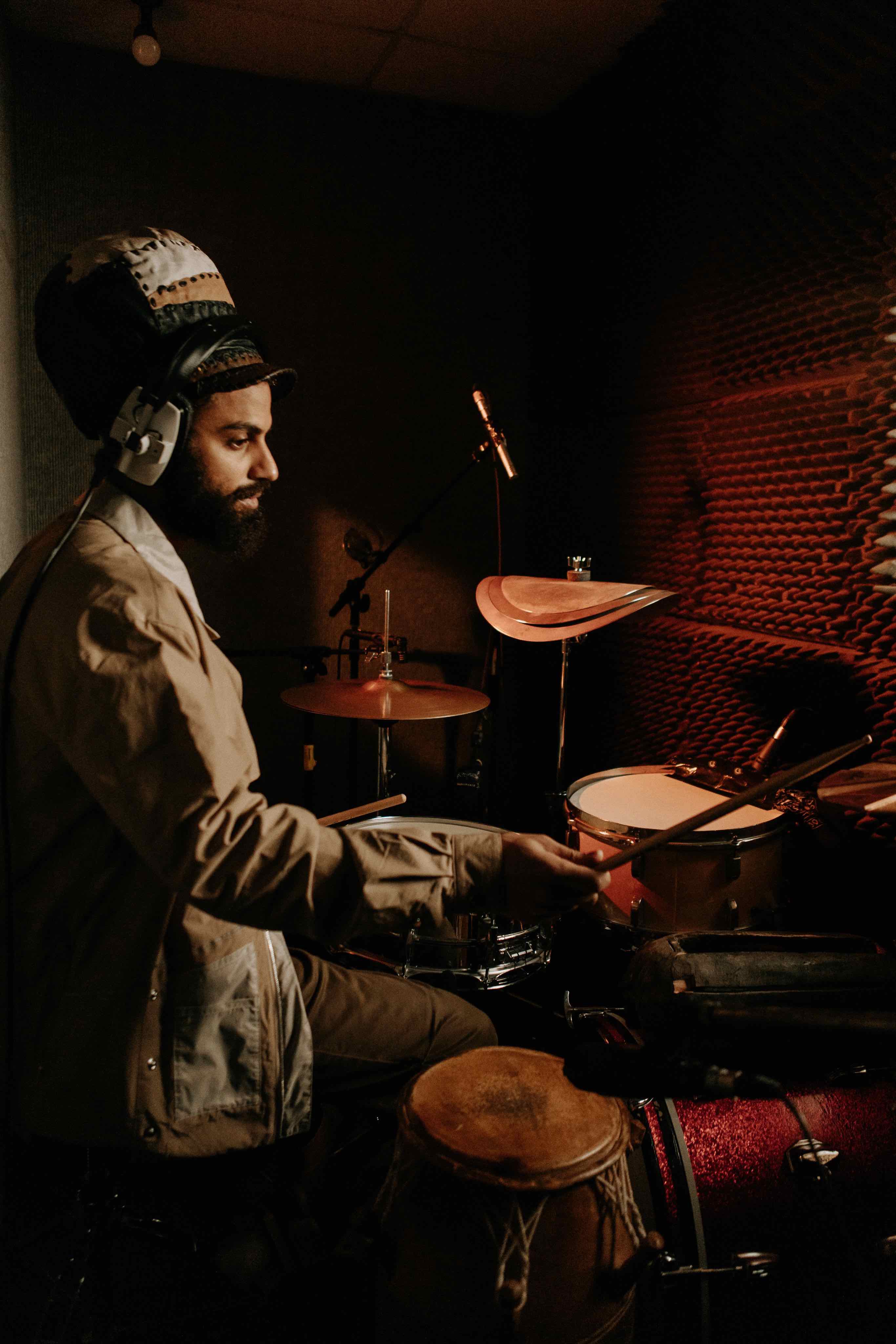 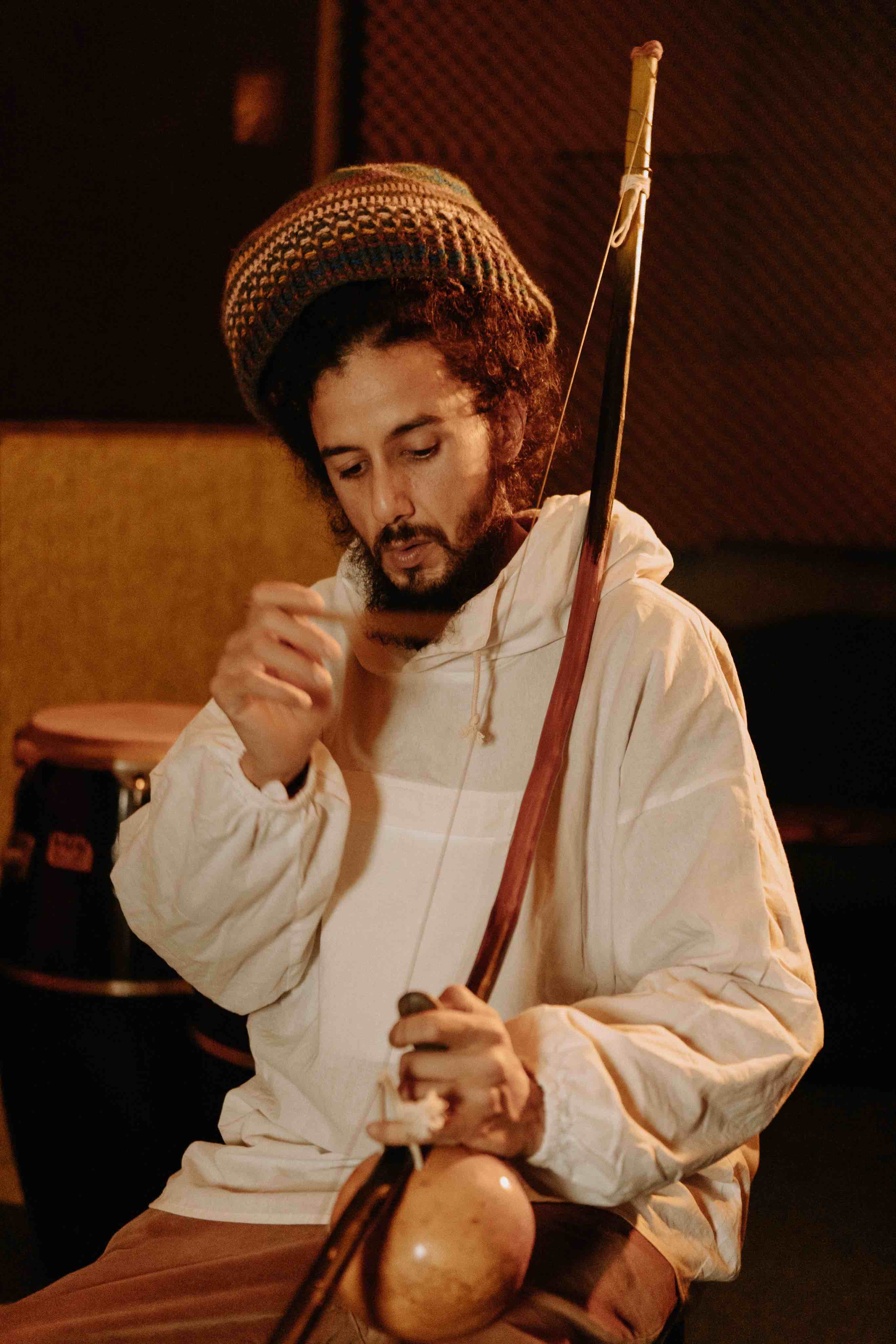 Our Nok Cultural Ensemble collaboration offers two contemporary elements: an intuitive sample library, offering producers and composers the artists’ sound palette and unique instrumentation to facilitate and inspire their own work, and the collective’s debut LP release, Njhyi, a result of extended group improvisations on acoustic and electronic percussion, featuring an exciting range of guest appearances. The limited edition LP is available to pre-order via the SA Recordings website. 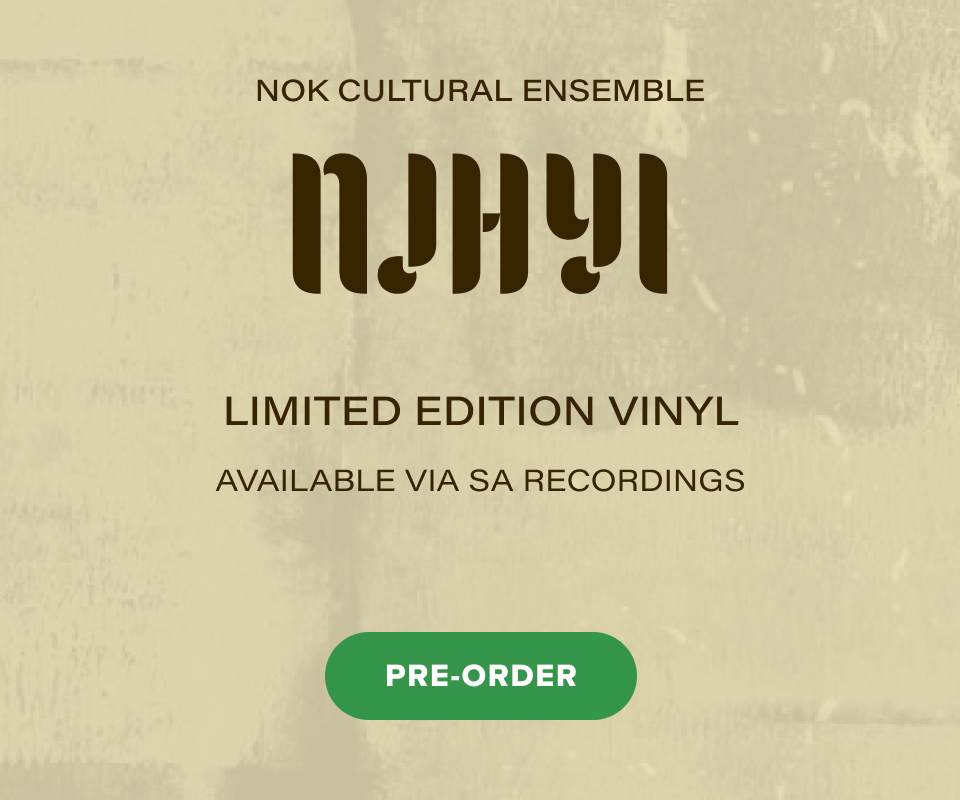 The Nok Cultural Ensemble (NCE) was formed in 2017 by Edward Wakili-Hick (Sons of Kemet, Steam Down), with the sample library featuring fellow members Onome Edgeworth (Kokoroko) and Joseph Deenmamode (Mo Kolours). Together, the NCE crafts a visionary rhythmic continuum that tunes into living traditions stretching back through time to ancient civilisations, and calls in liberated futures through experimental frequencies and propulsive, frenzied textures. A modern take on possibly the oldest instrumental formation in human history — the drum/percussion ensemble — the band is rooted in traditional African and Caribbean musical concepts, aesthetics and forms, inspired by the ancient civilisation of Nok, (an advanced civilisation dating back to 500 BC) but drawing particularly on the legacy of cultural ensemble bands from 1960’s West Africa. Situating themselves in this lineage, Nok Cultural Ensemble draws on the heritage of its members from St Kitts and Nigeria to Mauritius and the UK for a contemporary tapestry of black expression.

“We’re looking to those groups and concerts for inspiration, but doing it from our time and experience”, Wakili-Hick shares. “We’re interpreting that through 808’s, electronics, drum machines and more.”

Tempo synced loops using the drum kits, split up in stems per drum or cymbal. Different rhythms mapped to semitones. 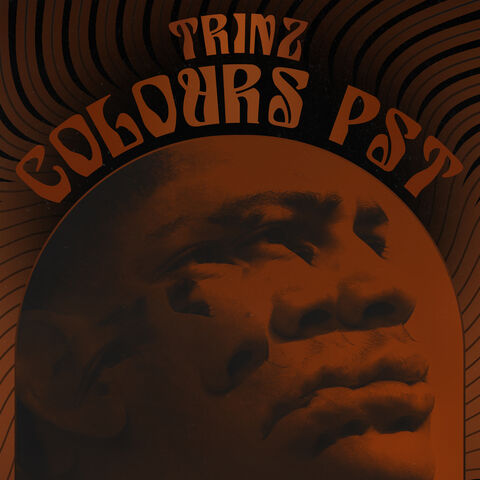 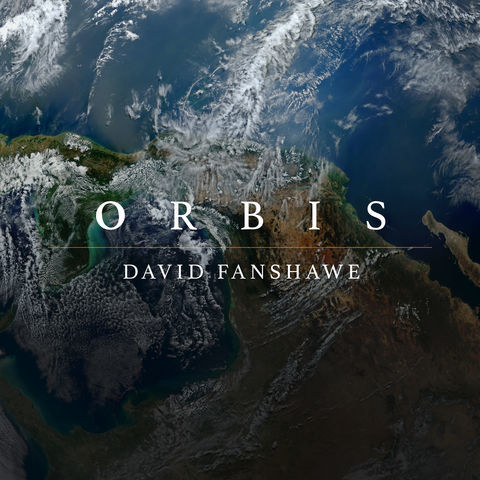